Brazilian Jiu-jitsu BJJ is an effective martial art that’s been developed and proven where it matters most – in combat. BJJ uses the body’s natural movements plus the concept of leverage to enable those using it to defend themselves against bigger and stronger opponents by immobilizing them, applying joint locks and chokes and using superior position to control the situation.

Stats and events show that more than 90% of confrontations end up in the grappling distance or on the ground. Knowing BJJ will keep you out of harm’s way by giving you the skills to defend yourself in these close-quarters situations. Having the confidence to defend yourself should you hit the ground is something that cant be overlooked and paramount in any self defense or martial arts situation. 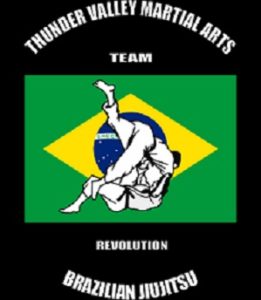 Muay Thai is a striking martial art – also known as Thai Boxing and Thai Kickboxing – and a system of fighting often referred to as “the art of eight limbs” due to its use of shins, knees, fists, and elbows to strike.

Popular in Southeast Asia for hundreds of years, Muay Thai still has a huge following in Thailand with frequent full-contact ring matches.

Muay Thai has been gaining in popularity outside of Southeast Asia as a result of its versatility and usefulness in Mixed Martial Arts competitions such as the Ultimate Fighting Championships.  Along with Brazilian Jiu Jitsu, Muay Thai has become an MMA staple for many serious fighters.

Unlike other forms of boxing and kickboxing, where action usually stops in clinch situations, Muay Thai lets the action continue while knees and elbows deliver vicious blows.  The common criticism of many striking arts is that they can be nullified in a clinch; not the case with Muay Thai. 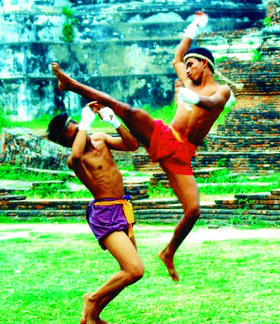 Kickboxing for kids is a extremely exciting and interactive way for children to learn the basic techniques of a new Martial Art form. They learn disciple through drill, expend energy by punching, kicking and have lots of fun learning an new skill through interactive games.

Kick is a relatively new Martial Art that combines both kicking and punching . Its technique are derived from Karate ,Muay Thai and western boxing and its is practiced for general fitness, self-defense and as a contact sport.

CALL FOR YOUR FREE TRIAL
Scroll to top